Evolution of the insurance ledger: from paper, to spreadsheet, to blockchain 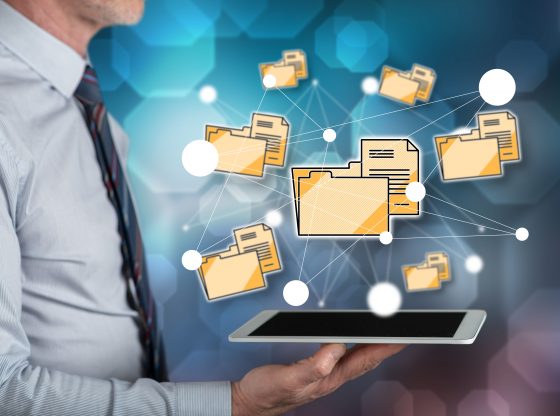 The insurance ledger has evolved from a manual approach based on paper, to spreadsheet software, to blockchain making entire industries more efficient.

This article charts the history across the major innovations in this journey.

For centuries, there have existed manual ledgers without computer involvement; this is a laboriously slow process to record financial transactions.

Changing any of the data in that chain might mean hours of work with a pencil, rubber, and a calculator.

Although a large part of it is digitised, Lloyd’s of London (founded in 1686) still carries out some of its insurance transactions using large binders of sheets of paper representing ledgers and insurance certificates.

1979 was a good year for computing. The first spreadsheet software for personal computers was launched, VisiCalc.

Of course, VisiCalc was not the first kind of any digital ledger, however, the innovation of making a digital ledger into an easy-to-use format for personal computers was the breakthrough for moving towards wider adoption of digital ledgers.

Subsequently, Lotus 1-2-3 was the market leader for much of the 1980s; by the early 1990s, Microsoft surpassed Lotus to become the leader of the spreadsheet market with Excel.

Google brought cloud spreadsheet to the mainstream (Google Sheets),
via an acquisition. Cloud hosting was combined with online collaborative editing.

People – typically working for the same company – could edit the same single instance of a spreadsheet and work together to make edits in real-time. In this way, it was easier to have one up-to-date master copy of a spreadsheet that needs to be edited by multiple people.

R3 launched an enterprise blockchain, Corda, enables ledger data to be shared by multiple companies.  Sharing is a logical concept, not a physical one: Corda is a distributed ledger technology meaning that each company has its own physical copy of a subset of the records.

More specifically on that subset, Corda shares transactions securely and only on a need-to-know basis. Let’s say that there are a hundred companies from the insurance sector on a private network running Corda. If insurance broker B sells a policy on behalf of insurer N, then only these two parties have access to the data of that transaction; the other 98 companies do not receive that data in their respective Corda node.

Blocksure OS launched, building on Corda and sending in real-time the monies due to agents and the insurer, providing the capability to eliminate the bordereau process of ledger reconciliation.

Companies within intermediated insurance – brokers, insurers, MGAs and reinsurers – can collaborate on shared facts within a distributed ledger (Corda) provided by Blocksure OS.

The ledger has evolved to the point of being able to transform the efficiencies of entire industries, thanks to companies collaborating on a distributed ledger.

This large image is crucial; click the image to view.